All sessions and lectures of the conference will be held at the Schweizerhof hotel in the heart of Kassel. More information on how to reach the venue, the hotel address, and amenities, please click here

The Conference will begin at 10 AM on Thursday 10 October with a welcome reception and an introductory session by the local organizer M&S Research Hub, followed by the plenary talk by Prof. Farzanegan

The scientific programme will include several sessions in the following fields of economics and 3 plenary sessions:

The full program can be downloaded from here

Biography: Mohammad Reza Farzanegan is a Professor of Economics of the Middle East at Center for Near and Middle Eastern Studies (CNMS) of University of Marburg (2015-present; 2012-15 as Assistant Professor). He gained his Ph.D. from TU Dresden (Germany) in 2009 with the support of DAAD. From 2010-2012, he was Postdoctoral fellow of the Alexander von Humboldt Foundation at TU Dresden & ZEW Mannheim. He was the leader of DAAD-funded project of “Political Economy of Natural Resources Management, NAREM” (2016-2018) in cooperation of three universities (Tehran, Tarbiat Modares, and Mashhad) in Iran. At Uni Marburg, he is responsible for international M.Sc. program of Economics of the Middle East (EMEA). He is a co-editor of a book on " Economic Welfare and Inequality in Iran" (Palgrave Macmillan US, 2016). He has published numerous articles in scholarly journals, most recently “Oil booms and inequality in Iran,” in Review of Development Economics (with T. Krieger, 2018); “Does oil rents dependency reduce the quality of education?,” in Empirical Economics (with M. Thum, 2018); and “Sanctions and the shadow economy: empirical evidence from Iranian provinces,” in Applied Economics Letters (with B. Hayo, 2019), among many others.

(Institutions and the migration-conflict cycle)

Biography: TIM KRIEGER is since 2012 Wilfried Guth Professor of Constitutional Political Economy and Competition Policy at Albert-Ludwigs-University Freiburg. He holds a master degree in economics from the University of Kiel, Germany, and received his Ph.D. from the University of Munich, Germany. He worked as an assistant and interim professor at the Universities of Mainz, Marburg and Paderborn, Germany. His research interests focus on economic, social and education policies in aging and globalizing societies with a special focus on the conflict-economic dimension of these developments. In addition, he is specialized in the economics of political violence, terrorism and crime. He has published widely in leading international journals in both economics and political science.

(A theory of migration as rank-seeking behavior) 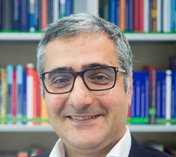 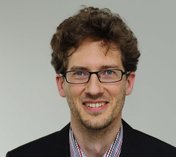