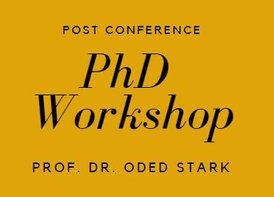 On the second day, Prof. Tim Krieger has presented an overview of different theories and arguments about the migration-conflict dynamics in his talk “Institutions and the migration-conflict cycle”. He presented several dynamic diagrams showing the cycles of the push-pull factors of migration. Prof. Krieger has discussed the idea of sorting that defines, which people actually decide to migrate outside a country after a conflict and which people chose to stay. On the other hand the selection phase, which defines which migrants are reallocated to which destination country and the reasons for this selection. 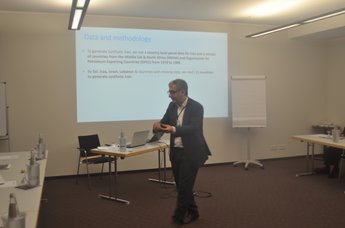 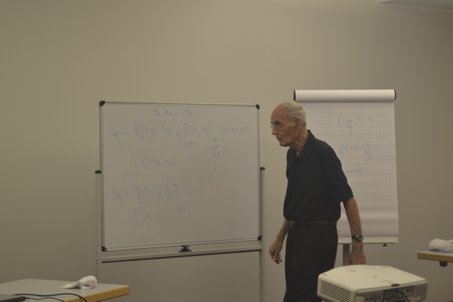 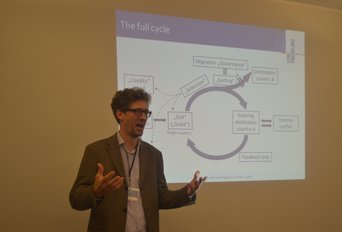 be the first to hear about our new publications, offers, events, and training