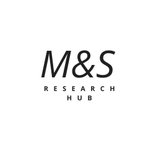 Wavelet Analysis is a powerful tool for compressing, processing, and analyzing data. It can be applied to extract useful information from numerous types of data, including images and audio signals in Physics, Chemistry, and Biology, and high-frequency time series in Economics and Finance.

Unlike ordinary least squares that estimate the conditional mean of the dependent variable given a set of predictor variables, quantile regression, yields valuable insights in applications such as risk management, where answers to important questions lie in modeling the tails of the conditional distribution.

This structured training provides an excellent opportunity for scholars, bankers, and industrial data practitioners to learn and enhance their knowledge about Wavelet and quantile methods using R programming language.

It was excellent training for me. I think Dr. Arhsian is the best in his field. He is a well-qualified person. I will recommend this institute for all my colleagues if they need it

After finishing the first module, I decided to to do all modules because the first one has opened my mind, because here in Zambia there is no university or college where they offer as full program they way you offer it, it only comes as a course to those who are doing economics.

2. The basic concept of Wavelet and its applications

3. Decomposition and plotting of the series using the MODWT method.

Double-click here to add your own text.